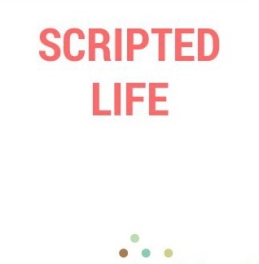 Your script determines your convictions and pursuits in life, hence I would say, ‘Living out your script gives you perspective.’ Ricky Agba. And your perspective will ultimately determine your philosophy. Therefore, true perspectives come from embracing a philosophy which is based on the teachings of Christ. As I began to think and meditate on the text, I was reminded of Caleb, Joshua and the other 10 heads from the of tribe Israel, and you can read the story from Numbers 13 (NIV).

Reading the story over and again, I identified 2 contrast, one group going by God’s script whilst the other group went by another script which came through fear, and the Bible puts it this way from verse 30 “Then Caleb silenced the people before Moses and said, we should go up and take possession of the land, for we can certainly do it…” (THE RIGHT SCRIPT). 31 But the men who had gone up with him said, “We can’t attack those people; they are stronger than we are.” (THE WRONG SCRIPT). So here is a question for you to consider, whose script are you playing to, God’s script or your script? Have you noticed when an actor goes off script, they probably hear the word, “Cut.” Consequently, the number of cuts can increase or decrease; it is up to you.

The one who skillfully created a tailor fitted script had an objective in mind to ensure success, and the Bible says, “Your eyes looked upon my embryo, and everything was recorded in your book. The days scheduled for my formation were inscribed, even though not one of them had come yet.” Read Psalm 139:16 (ISV). Hey, you are a special breed and of the class of God, Selah. You are unique, you have class, and you are an awesome species of being God handcrafted for His purpose, and a gift to humanity. Hallelujah.

Watch this, the Lord had you in His plans, you were never a mistaken child; and as long as God had you in His mind, it was inevitable someone would have to carry that responsibility of giving birth to you, and that is why I said ‘You are not a mistaken child.’ The Bible says it this way, “I will praise you because I have been remarkably and wondrously made. Your works are wondrous, and I know this very well.” Read Psalm 139:14 (CSB).

I have been wondering what a ‘Scripted Life’ looks like? Check out our next posts to find out, as I am sure you would like to know as well.

View all posts by thekolumns

One thought on “You have been scripted – Part 2”