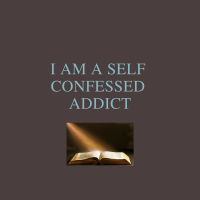 When we speak of addiction, it will raise several questions in our minds. People are addicted to several things, but, not everything is permissible. See what the Bible says, “You say, “I am allowed to do anything”–but not everything is good for you. And even though “I am allowed to do anything,” I must not become a slave to anything.” Read 1 Corinthians 6:12 (NLT). In other words, embracing self-control in every aspect of one’s life is of critical importance.

Well, you might be saying, I will do whatever I decide to do, and whilst that is within your God-given remit and freedom of choice, I want you to take a look at the destruction that comes with such an attitude. The wrong obsession is a recipe for disaster. And this Bible story will help our understanding, therefore, see what the Bible say, “Amnon became so obsessed with Tamar that he became ill.” Read 2 Samuel 13: 1-21 (NLT). But the problem with this; Tamar was Amnon’s sister, do you get it now? This obsession was inappropriate and led to the killing of Amnon, Tamar became desolate because of Amnon’s addictive behaviour and this had an effect on her perspective; it was a bleak one. Amnon’s addiction not only got him killed, it also destroyed someone else.

Here we see the dangers and implication of an obsessive or addictive behaviour leading to death. And in our societies, we have seen a growing concern and statistics have shown the dangers of drug addiction, but not only in drugs, you have alcohol, smoking and sex. Office for National Statistics report shows staggering report on these indexes. This is not exclusive, it can affect anyone who is left open without any defence.

Well, what do I mean by “no defence”? I am pleased you asked. The Bible says, “God is able to keep what is committed to Him.” Read 2 Timothy 1:12 (KJV). “But the Lord is my defence, and my God is the rock of my refuge.” Read Psalm 94:22 (KJV). If God is not your defence and refuge, then you are living yourself open, vulnerable and exposed. And in this day and age, one can’t afford to be exposed without any covering, it is too costly to be defenceless.

Everyone will encounter and could easily fall into different kinds of addictions or obsessions, but our Father in heaven did not leave us without help, He made a way of escape, hence the Bible says, “There hath no temptation taken you but such as is common to man: but God is faithful, who will not suffer you to be tempted above that ye are able; but will with the temptation also make a way to escape, that ye may be able to bear it.” Read 1 Corinthians 10:13 (KJV).

There is always a way out of any form of addiction or obsessive behaviour, and that is what we would be looking at next.

One thought on “I am a self-confessed​ addict – Part 2”