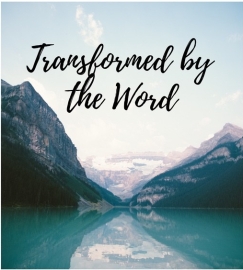 I do believe, the way one thinks determine one’s behaviour, which ultimately leads to the way we act, hence it is important that we have the right and accurate information that will help shape our perspective and philosophy; true and honest perspectives come from God’s Word, hence the Bible says, “See to it that no one carries you off as spoil or makes you yourselves captive by his so-called philosophy and intellectualism and vain deceit (idle fancies and plain nonsense), following human tradition (men’s ideas of the material rather than the spiritual world), just crude notions following the rudimentary and elemental teachings of the universe and disregarding [the teachings of] Christ (the Messiah).” Read Colossians 2:8 (AMPC).

Philosophy used in the context of Colossians 2:8 is the prism through which you see things referring to secular philosophy – elevating human wisdom over the wisdom of God. It is loving your own thoughts more than you love God’s. Remember what the Bible says, “For God is at work within you, helping you want to obey Him, and then helping you do what He wants.” Read Philippians 2:13 (TLB). And I believe this is the Bible is quite clear in telling us where our ability comes from.

Transformed by the Word of God will help shape your life’s philosophy. If you do not allow yourself to be transformed by God’s Word by actively participating in it, as the scripture says, one would be swayed by intellectual arguments. And this is one of the reasons why we should stop listening to pundits and analysts. I am appreciative of their profession, but for you, as a Christian to base your decision and argument on the grounds of what a pundit or an analyst says is not smart; we are Christians, and we have the Holy Spirit as our guide.

Now, I am not saying don’t engage spiritual mentors, a million times no. The Word of God is not about intellectualism, it is about a relationship, hence the Bible says, “In the beginning was the Word…, 14 “The Word became flesh and made His dwelling among us.” Read John 1:1,14 (NIV). In other words, you have to befriend God’s Word, it has to come alive in you, it ought to be what we consume on a daily basis because our sustenance is deeply rooted in God’s Word.

View all posts by thekolumns

3 thoughts on “Transformed by the Word – Part 2”